Background on the Artist 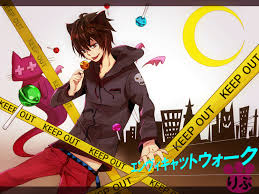 Rib is a japanese singer also known as an "utaite".Utaite are basically people who take songs that is sung by a "vocaloid" and sing those songs. The major difference that makes an utaite what they are is that a vocaloid is actually a program that uses someones voice as a base to sing, usually in japanese. A utaite takes these songs and sings them without the whole "robotic" sound that a vocaloid usually sounds. They add emotion and their own flare that the programs cannot provide to the listeners when they take these songs and cover them. Rib is one of many utaites that there are, but he is one of my long time favorite singers. He has been singing since 2010 and is still making covers actively to this day. He has 3 albums so far, Rib on, Riboot, and Singing Rib. His first cover was of a song called "Marygold", which was released in 2010 and has 139k views in 2015. His most popular cover was of a song named "Envy Catwalk", which had over 2.5 million views.