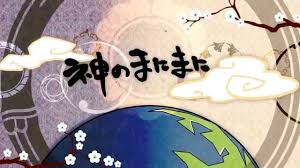 The song "Kami no manimani" was released as a collaboration between Rib and Itou Kashitarou, in May 12, 2014. The song's name translates to "At god's mercy" and tells the story of the god Amaterasu. The song has a very upbeat and happy tone that makes you want to sing along even if you don't know the slightest about Japanese. Listening to this song always reminds me of summer because of it's release date and the fact that I listened to it the whole summer of Sophomore year. The general meaning of the song is to not think lowly of yourself, as the god Amaterasu in the song hides away inside of a sealed cave making the sun disappear from the world. The rest of the gods try to show Amaterasu the joy of the company of others, an example is the lyrics of the chorus including "Rule the world that loves us just the same as you love me". I feel that the meaning of including lyrics along the line of this can really mean a lot when you bother to look up a song's translation if it's in another language. 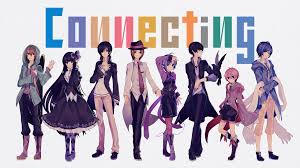 The song "Connecting" is another collaboration, but this time it is with 8 people, Halyosy, Rib, Soraru, Lon, KK, Reol, Shakemii and Otouto no Ane. The song's name is pretty self-explanitory and even the general theme can be guessed from the song's title. The chorus repeats "connecting connecting..." and adds on "With your song","with your dreams", "with you life" and ends with "connecting with you". This song is another song that reminds the listener of the people that are dear to them especially when you think about all the lives that have been connected to yours. I like this song because it has a very slow and emotional feeling to it while also conveying a very emotional meaning to the listener. You can really feel the connections with the song and I think that it was a very nice touch to sing this song as a group because it adds even more meaning to the song. Singing this in a group along with it's meaning is why this is my 2nd favorite song. 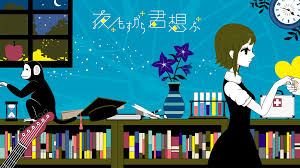 The song "Yomusugara Kimi Omou is my favorite song that isn't a collaboration from Rib. The name of this song roughly translates to "All night thinking of you" or "Up all night, the thought of two". The song mainly focuses on how the link that love forms between two people can always hold the two lovers together even through tough times. The chorus expresses that the will always express love in the darkest times no matter what happens between the two because no matter what happens their love can always be expressed. This song is very upbeat and has a very "feel good" tone to it. It even has that kind of feeling where you may jsut burst out singing along with it when you listen to it. Simply hearing the chorus of this song can get it stuck in your head if you are familiar with the song already.